I am a playwright, film, and television writer.  I grew up in New Jersey, received an MFA from Rutgers University, moved to New York and worked off Broadway, principally at the Ensemble Studio Theater, where many of my plays were produced and I served as the company’s literary manager.  Since then I have written for and sold original scripts to Disney, Fox, Universal, Warner Bros, Touchstone, Showtime, CBS, Orion, Hollywood Pictures, Sam Goldwyn, and others (see resume).  Several, including Hocus Pocus and Mystery Men, were produced.

Playwriting taught me character; screenwriting taught me story.  My protagonists tend to be fallen heroes or ordinary people whose lives have come up short of their aspirations.  I'm most drawn to projects that merge the mythic and the mundane. 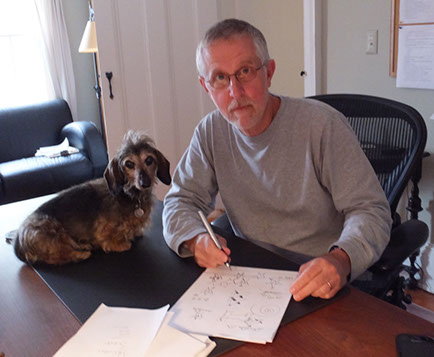